The York Rite is broken down into three “bodies”, each governing and controlling the degree work related to that body. The bodies are Royal Arch Masonry, Cryptic Masonry, and Knights Templar (also called the Chivalric Orders.) The intent is to confer additional Degrees or Orders, each building upon the foundations laid by the Blue Lodge Degrees. The order in which they are received is not necessarily historically chronological.

Here is a brief synopsis of the various Degrees or Orders conferred by each of the York Rite bodies: 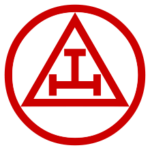 The degrees of the Royal Arch center on the construction phases of Solomon’s Temple. This York Rite Body is governed by a “Chapter”, and it consists of the following four Degrees:

This Degree emphasizes the lessons of regularity, discipline, and integrity. It is a most impressive Degree centered on the story of the Fellowcraft of the quarry and their role in the building of the Temple.

This Degree emphasizes the lesson of reverence. This Degree is centered on the dedication of the Temple after its completion, particularly the consecration of the Sanctum Sanctorum and the descent of the Host into the Temple. It is complimentary to the Mark Master Degree and completes the symbolic lessons introduced in that Degree. 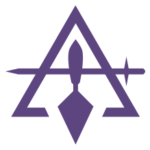 The next York Rite Body is Cryptic Masonry which is governed by a “Council”. The Degrees get their name from a hidden or secret vault referenced in the degrees. The following degrees are conferred in Cryptic Masonry:

This Degree emphasizes the lessons of patience and fortitude. The Degree centers around the Fellowcraft Masons who were artificers fabricating the fittings and furniture of the Temple. It is unusual in that the first part of the Degree depicts events taking place before the death of the Grand Master Hiram Abif, and the last part depicts events occurring after his death.

This Degree emphasizes the lessons of devotion and zeal. The Degree centers on the construction and furnishing of a Secret Vault beneath the Sanctum Sanctorum of the Temple, and the deposition of those secrets pertaining to the Craft by the three ancient Grand Masters of the Craft. This Degree bridges the events surrounding the concealment and loss of the Ineffable Word and the events leading to the recover of the Word in the Royal Arch Degree.

This Degree emphasizes lessons of loyalty and faithfulness. It centers around events leading to the destruction of Jerusalem and the Temple at the hands of the Chaldeans. This degree is an honorary one, and a member of the Council does not need to have it in order to hold membership or office.

The Chivalric Orders confer three Orders, instead of Degrees, culminating in the grade of Knight Templar. This is the only recognized Masonic Body that has religious connotations since it is based on the Christian Religion and virtues. The governing body is the Commandery. The orders conferred are The Illustrious Order of the Red Cross, The Order of Malta and The Order of the Temple. Prior to completing these Orders, the Companion must declare his belief in or loyalty to the Christian religion. These are the Chivalric Orders:

Illustrious Order of the Red Cross

This Order emphasizes the lesson of truth. Elements of this Order were practiced in Ancient Lodges before the final form of the Master Mason Degree came into use.

This is an Order emphasizing the lesson of faith. This Order requires the Mason to profess and practice the Christian faith. It introduces the lesson and example of the unfearing and faithful martyr of Christianity. The Order is centered on allegorical elements of the Knights of Malta, inheritors of the medieval Knights Hospitaller.

Order of the Temple

Also known as the Knights Templar, this impressive Order emphasizes the lessons of self-sacrifice and reverence. It is meant to rekindle the spirit of the medieval Knights Templar devotion and self-sacrifice to Christianity. The history of this Masonic Order is long and convoluted, with the Order’s ritual differing between that conferred in England and in the United States. That practiced in the United States has a slight militant zeal to the lesson of Christianity, whereas the English ritual is more allegorical. However, the American ritual is most impressive, and more emphasis is placed on the solemnity and reverence associated with the Crucifixion, Resurrection, and Ascension of Christ. Today’s Knight Templar is a man dedicated to the living Christ, and the defense of the virtues contained in the practices observed by all true Christians.

Here are some links to some additional information on these degrees:

The Date Is Set!

Jim is proud to have had his site GmailTips.com included as one of PC Magazine’s “99 Undiscovered Web Sites” in their list of “Top Web Sites of 2006“. These sites were described as:

“…sites that are flying under the radar, but are useful, funny, or interesting enough to merit entrée into the Web’s public consciousness.”

“This exhaustive Gmail tips site has all sorts of hints and tricks to help you get the most out of the free mail service. The site is run by Jim of Jim’s Tips, and if it doesn’t quench your thirst for shortcuts, go to his main page (www.jimstips.com) for more mobile- and Web-application tricks.”